My serious interest and involvement in photography began in the late 1970's. After attending college courses in London, I took, as an amateur, the usual steps and joined a number of photographic societies. My activities there embraced transparency work, colour and monochrome printing.
Very soon my interests were channelled towards the early photographic printing processes, particularly Gum Bichromate, and Bromoil. By 1985, having received instructions from the distinguished Welsh bromoilist, Gilbert Hooper, the Bromoil Process replaced all previous photographic activities.

In 1985 I joined the Bromoil Circle of Great Britain and for 11 years acted as its secretary. In 2000 I was elected by the members to become the 6th President of the Society.

In 1989 I was awarded The Royal Photographic Society's Associateship distinction and Fellowship in 1997, after submitting panels of Bromoil prints on both occasions.

Over the years I have taken part in many exhibitions with Bromoil prints and transfers and have conducted numerous demonstrations and workshops in England, France, The Netherlands, US, Australia and Latvia, the country of my birth.

Bromoiling was taken up just as a pastime hobby to start with. However, my involvement in the affairs of the Circle during the 22 years of membership did become a full time, greatly rewarding and absorbing, occupation.
Back 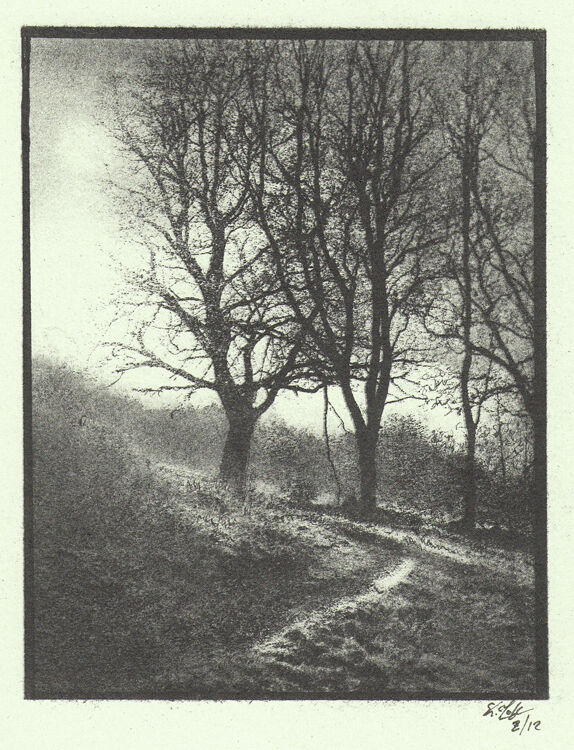