Our involvement in bromoiling began when, at a Bristol Camera Fair in the early 90s, the Bromoil Circle was giving a demonstration which caught our attention and interest. Previously Vivienne's interest in photography, which started in 1960 with the purchase of a Voigtlander Vito BL, had been from the point of view of taking holiday and family photographs.

Mine (Geoffrey) was rather more involved. It started in 1955 whilst serving in the army in Cyprus. A local photographer taught us the rudiments and the fascination with all things photographic began. Since those days I have never been without a darkroom. In 1999 I was fortunate in having a book published with over 400 of my black and white photographs, the subject being motor bikes. In the 80s we became interested in early photography, both equipment and images.

Our interest in the Bromoil process was mutual and after seeing some more demonstrations, the necessary materials were obtained and practice started. After about two years we joined the Circle. We were fortunate in that we had some wonderful tutors during our learning period, all members of the Bromoil Circle, without whose help we would have given up long ago.

A growing fascination with the transfer process and the absence of transfer presses on the market saw us manufacture our own to a design by the Belgian bromoilist, Rene Smets.
Back 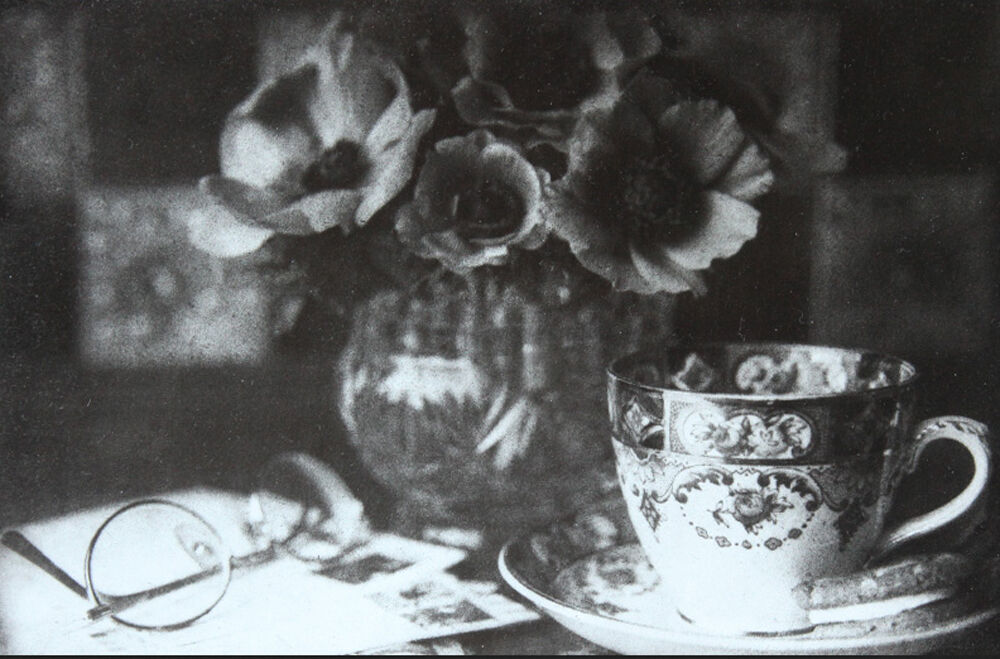