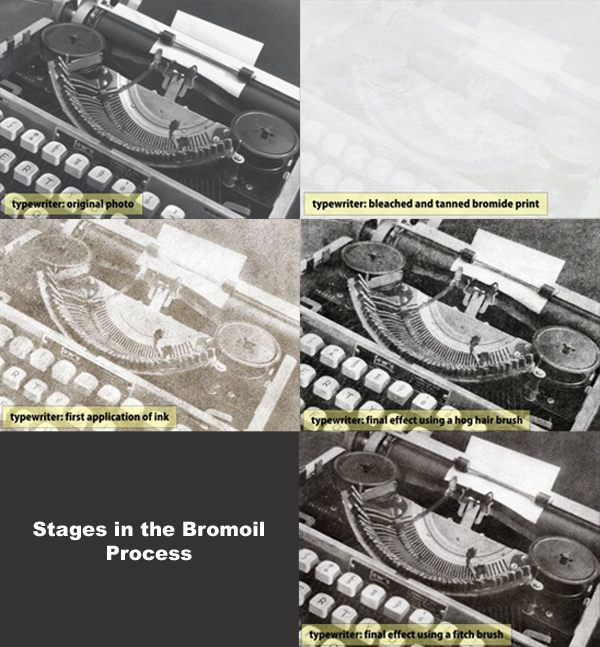 An Introduction to Bromoil
The Bromoil Process is a process whereby the silver image contained in a black and white photograph is replaced by an ink image.

The method briefly is that the silver image, contained in gelatine on a bromide print, is bleached away and at the same time the gelatine is hardened according to the amount of silver it contains. It is then fixed, washed and dried.

Thus the original silver image in the bromide print is changed into an ink image, which is far more permanent.

By judicious application of the ink, the worker has great control over the final image. This process was much favoured by the pictorial workers of yesteryears and is now once more gaining in popularity.
Next
Previous