It was October 1948 when my interest in serious amateur photography was born. At the time an exhibition was held in the local Swansea Club which I visited and saw what I thought were the most wonderful photographs. I made it my business to join the club. Picked everybody's brains. Bought a second hand Voigtlander Bessa camera. Built a rather "Heath Robinson" enlarger, but it worked. My main interest was Tabletop photography. The reason being that I found I had more control over the final results.

I was introduced to the Bromoil process by the late Evan Evans, who gave a demonstration at the club. I immediately saw the vast control of the final image available by the process and became completely sold on it. From then on I had very little interest in any other method of producing prints.

In 1971 I gained my Royal Photographic Society's Associate distinction in the process. I was then invited to join the Bromoil Circle, a band of about a dozen dedicated bromoil workers determined to keep the process alive. In 1981 I was granted Fellowship by the RPS. I consider that one of my greatest achievements is that I was awarded the Ronald Jonas Landscape trophy by the UPP with a bromoil print.

My interest in the Bromoil process lies in the fact that it offers so much control in the making of a picture. The camera allows to Take, but the process allows to Make pictures.

Samples of Gilbert's work can be found in the Bromoil Centenary Book.
Back 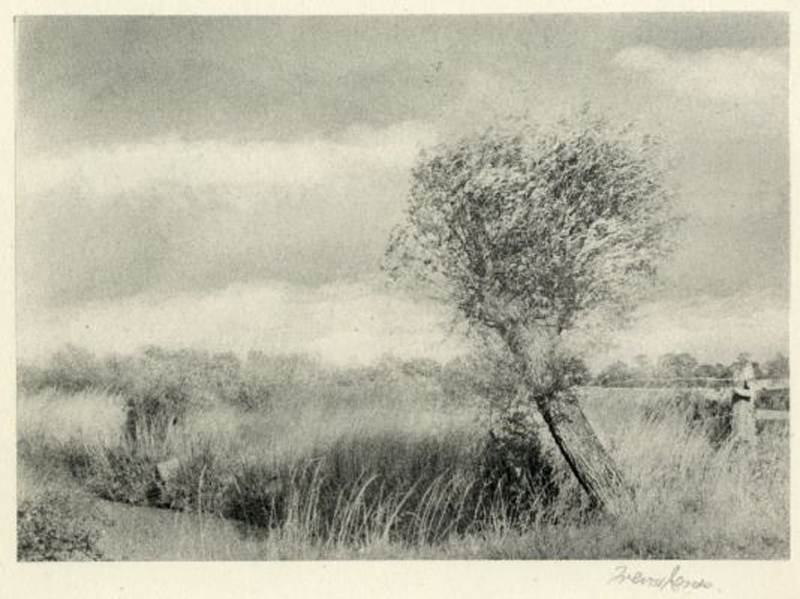