In 1970 I started photography as a hobby, but over the next 25 years acquired qualifications to branch into professional work, which has embraced teaching, employment as a photographic technician, and freelance work. All my activities and work have centred around Swansea, where I live.
It was in the 1990's, after seeing demonstrations by two well-known Welsh bromoilists, Gilbert Hooper and Kenneth Hill; I thought I would like to do the process myself.

Being interested in all the old photographic printing processes, I made a start by attending a Bromoil workshop at NEC, Birmingham, organised by the Bromoil Circle and in 1997 I became a member of the society.

I now conduct talks and workshops on the process and have taken part in numerous exhibitions in Wales, including personal shows at the Swansea Museum in 1999 and in 2002 at Det Logistics Llanelli.
Back 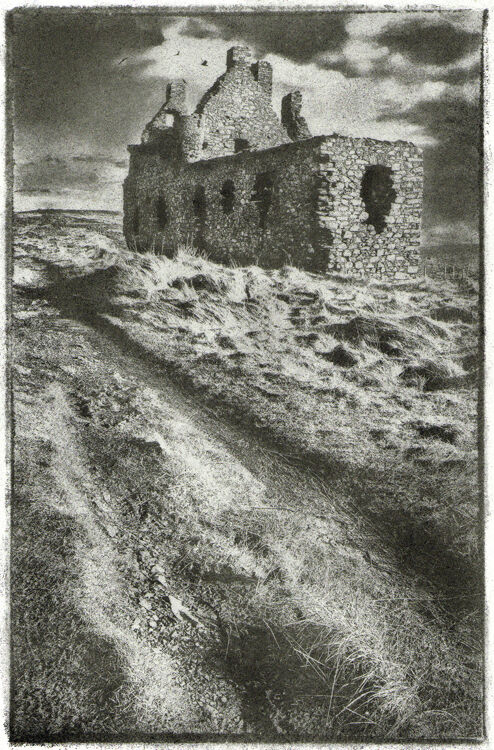